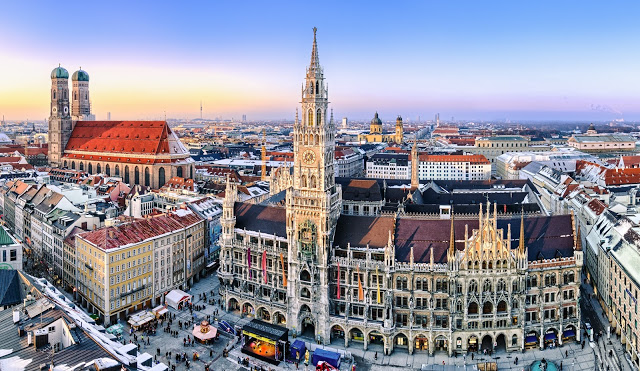 In cooperation with Intraplan, a consultancy firm in the transport sector, Telefónica NEXT, the brother of LUCA in Germany, is now offering one of the most detailed data analyses for transport planning in Munich. The partners are calculating movement flows from anonymised mobile network data from Telefónica Deutschland. The related findings are intended as a comprehensive supplement to previous transport analyses. As an example to highlight the potential of mobile network data, the partners examined the likely volume of people travelling to the home matches of TSV 1860 Munich, who is returning to the tradition-steeped Grünwald Stadium this season.

According to estimates by the city council, Munich will be home to around 1.8 million people by the end of 2030, 16% more than in 2015. This will result in more cars on the roads and higher demand for public transport. City councils and transport operators need precise data for long-term transport planning. However, existing surveys are often complex, and fail to reflect highly situation-specific fluctuations, as in the case of football matches.

Over five billion data points per day in Germany

In cooperation with Intraplan, Telefónica NEXT has developed one of the most detailed datasets for transport planning in Munich. The findings are intended as a comprehensive supplement to previous analyses. They are based on mobile network data that is generated during Telefónica Deutschland’s normal operations and anonymised via a TÜV-certified process. This means that conclusions cannot be drawn about individual people. The procedure was developed in close coordination with the federal Data Protection Commissioner. Each day, more than five billion data points are generated in this way throughout Germany. Recently, the Fraunhofer Institute for Industrial Engineering also confirmed the potential of this mobile network data for transport planningin a research project.
Intraplan has extensive transport-related experience, particularly in Munich. In recent months, its experts have prepared a detailed data pool for the Munich region. This enables various analyses, for example a breakdown by modes of transport such as buses, suburban trains or cars, commuters or details of cross-border traffic to Austria.


Added value of the new analyses for traffic planning

“As one of the leading telecommunications companies in Germany in terms of customer numbers, we have a huge amount of data that can be of great benefit to society. That’s why it shouldn’t go unused”, says Robert Erdmann, Senior Practice Leader for Transport Analytics at Telefónica NEXT. “Along with the experts from Intraplan, we have processed the available data in great detail in terms of time and location for Munich and other regions. This provides genuine added value for transport planning.”
“The critical weakness of conventionally modelled traffic flows was always traffic distribution, in other words the interlinking of starting points and destinations”, says Dr Markus Schubert, Managing Director of Intraplan Consult GmbH in Munich. “By contrast, traffic volumes and selection of modes of transport and routes can be modelled reliably. This particular knowledge gap can now be closed with mobile network data. In the medium term, analyses of traffic distribution based on mobile network data will therefore replace conventional modelling for this step.”

Rise in traffic to the stadium on Grünwalder Strasse

To illustrate the analysis opportunities on the basis of anonymised mobile network data, Telefónica NEXT and Intraplan have examined a current traffic situation in Munich: the match against Wacker Burghausen on 21 July 2017 saw the football club TSV 1860 Munich return to the tradition-steeped stadium on Grünwalder Strasse after twelve years. But what does this mean in terms of traffic?
For its forecasting example, Intraplan analysed a well-attended home match against 1. FC Nuremberg at the Allianz Arena in February 2017. From the anonymised mobile network data, the transport experts calculated movement flowsaround the stadium and ascertained the starting points and destinations of the journeys. Analysis of the modes of transport used was supplemented in a second step.

As a next step, Intraplan modelled the future situation: the starting points and destinations of the fans attending the Allianz Arena were maintained, but the stadium was notionally replaced by the one on Grünwalder Strasse. This enabled the future routes of the football fans to be calculated. The transport experts obviously took into account here that the stadium on Grünwalder Strasse is smaller and therefore holds fewer spectators. On this basis, Intraplan modelled the likely routes of the football fans to the stadium.

Findings on the spread of visitors

The results of the study are in line with the expectations and initial general observations from 1860’s first match at the stadium on Grünwalder Strasse. This shows that the movement flows calculated from the anonymised mobile network data can also form a valid data pool for traffic planning for special events.
What is more, the data analysis enables findings on the spread among transport networks and analyses of the starting point and destination of visitors. Obtaining findings of this kind via alternative methods is not possible without considerable effort. In addition, other specific questions regarding traffic distribution can be answered with the new data pool.

Situation-specific analyses such as these are just one example of how the detailed dataset for Munich can be beneficial to transport planning. Data analysis is useful to transport facilities (e.g. railway stations and airports) and other establishments with high traffic volumes (e.g. shopping centres and standalone events) as well as to local authorities and transport operators. After the successful initial analysis for Munich, Telefónica NEXT and Intraplan aim to extend data analysis to other regions and applications.
The detailed report on the analysis of stadium traffic can be downloaded from Intraplan’s website.
Somos más que una calificación: innovación en el campo educativoAnalíticas Big Data, si, ¿pero cuáles?