During last year, a lot of “made in Spain” malware was found in Google Play. It was basically malware that tried to silently subscribe the victim to premium SMS numbers. From a while now, the problem has vanished, and it was hard to find this kind of apps, at least in Google Play. In Eleven Paths we have found seven apps during these last weeks that use new techniques based in JavaScript, more dynamic and smart. They managed to upload fraudulent apps to Google Play. We have called them JSDialers. Let’s see how they work.

With Google Play more vigilant about SMS premium apps in their market, the attackers have tried some other techniques that avoids Java and focus in JavaScript received from the servers. Besides, they do not only subscribe to SMS premium services, but they make phone calls to premium rate numbers. Everything in a very smart way, because, for example, they try to mute the telephone and microphone during the phone calls, tries to hide the phone call itself from the screen… and take the whole code from the servers instead of embedding it.

What the user perceives

When the user downloads and installs any of these apps, something like this will be shown.

These are the typical “terms and conditions” that probably nobody will read. Accepting them implies making the phone call in an automatic and transparent way for the user. The image “Aceptar” image shown, is taken from this jpg file:

Whatever the user responds about the age, the device will show an animation (a GIF taken from here hxxp://www.contentmobileapps.com/called/images/loading.gif) while the actual phone call is done to a premium rate number.

It seems that, depending on the phone, a green bar may appear during a few seconds, but the developer tries to hide it.

The attacker mutes the telephone and microphone so the user is unable to hear the message of the phone calling and the locution.

The victim will be subscribed to this service and will have to face the costs of premium rate calls. The user will now be able to browser the recipes, but the phone call has already been made.

Once clicking on the “Help” button, the option to unsubscribe is given.

What happens and how does it work?

These apps depend strongly on the servers and work via Cordova plugin. It is a set of device APIs that allow a developer to access device functions via JavaScript… The permissions of the analyzed app are these, although they are not the same in all of them. Some of them lack of the SMS permissions.

The first thing the app does is executing a WebView with Cordova that shows an internal HTML.

A request like this is done: hxxp://highmas.com/alcalinas/home.php?movil=ffffffff-XXXX-ffff-ffffd6de17fd&version=16&modelo=GT-XXXX%20(goldenxx). The user will receive a welcome screen and will be asked for his/her age. Whatever is clicked, the app will go to the same function that gathers some information with a form. The value in CAPTCHA field is useless. It seems to belong to some discarded proofs.

A web redirect after the request, takes the user to a webpage where the country and carrier is checked.

Once everything is checked, terms and conditions are shown. When accepted, the app calls”term_acept.asp”, which finally returns dynamically the premium rate number to be called.

With Cordova’s help and a dialler plugin, it finally makes an actual phone call.

Some other interesting info and more apps

The developers have found a way to get back to fraudulent activity with premium rate phone calls. Who is behind these apps? The domains being used and terms and conditions are very clear. We are investigating the developers and some other apps they have, and will try to offer a report soon.

With Path5, we could find similar apps. Some of them have already been removed, but not all of them. They are working on uploading fraudulent apps since early January. 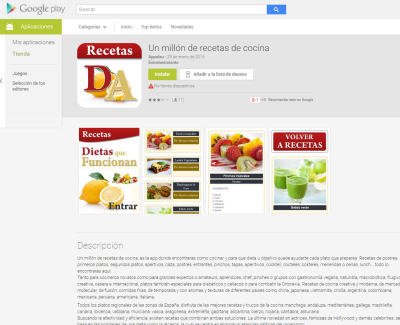 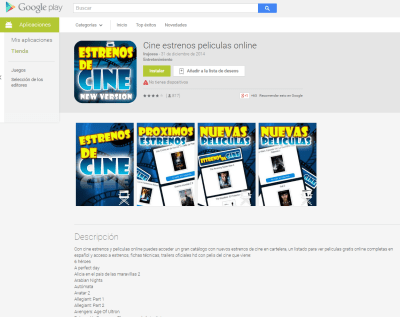 These are the applications, package names and hashes. Only one of these apps has been analyzed in Virustotal, and it was not detected by any engine so far.

With our database, we have been able to locate some other apps, and prove that the developers behind  them come from Valencia and have been working on these frauds for a few months now.

The whole document is available here: